Schedule An Estimate
717-620-9420
Alone Eagle Remodeling Sepcializes In Craftsman Quality And Luxurious Bathroom Remodeling.
You are here: Home / Our Remodeling Blog / Can my tile shower be repaired… Or should I replace it?

We receive many calls about reconstructing and replacing a tile shower floor because of leaking but leaving the existing wall tile.  This requires the tile contractor to remove a bottom section of the walls and floor, reconstruct the shower floor and wall sections, then tile the floor and patch the walls back in with tile.

Traditional tile showers are built with moisture barriers attached to the stud walls, a mortar pre slope and waterproof pan liner on the floor prior to wall board and mortar bed application.  This method is designed to allow water in and drain to the weep holes in the shower drain.  If any of this sounds confusing, just know that tile and grout are not waterproof so the shower has to be properly built to deter any water and moisture from damaging the home’s structure.

Here’s a demolition photo of a shower and bathroom remodel that we completed.  As you can see, we started from the top down, the wall studs were rotted four feet up the walls and there was no moisture barrier attached to the stud walls.  This shower did not have a pre slope preparation so the lead shower pan liner that was just lying on the sub floor and damaged over time from water lying stagnant.   The whole floor, sub floor, bottom two feet of studs and the joists were rotted to the core leaving no option but to replace framing from the floor to ceiling. 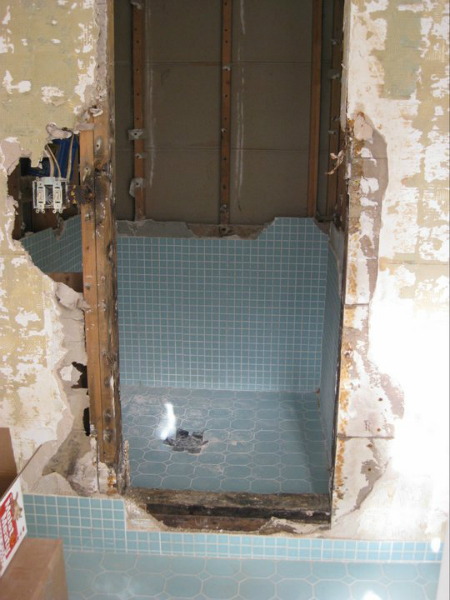 You could argue that the possibility of replacing a shower floor will work and may be a viable option in specific situations; however, we find multiple patterns of damage throughout showers during the demolition process.  This example in particular, lets us be aware of some of the shortcuts throughout the original shower build that would remain undiscovered.

Spend some time researching shower construction and make sure your chosen professional is taking the proper measures to build your shower, from scratch, using premium waterproofing products that will offer the best protection for your investment.  Be careful of contractors who  are promoting a temporary fix for your shower as you can find yourself in financial trouble trying to get things right the second and third time, when those repairs inevitably fail. 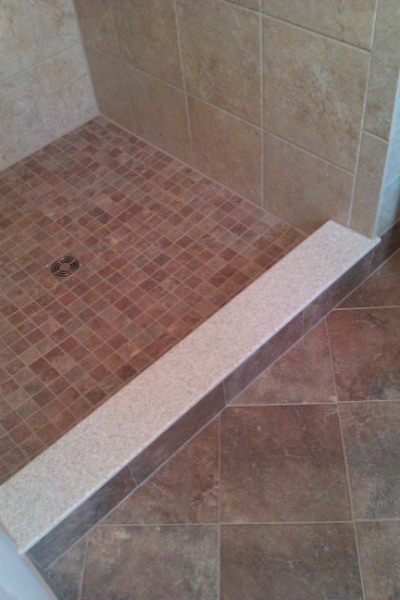