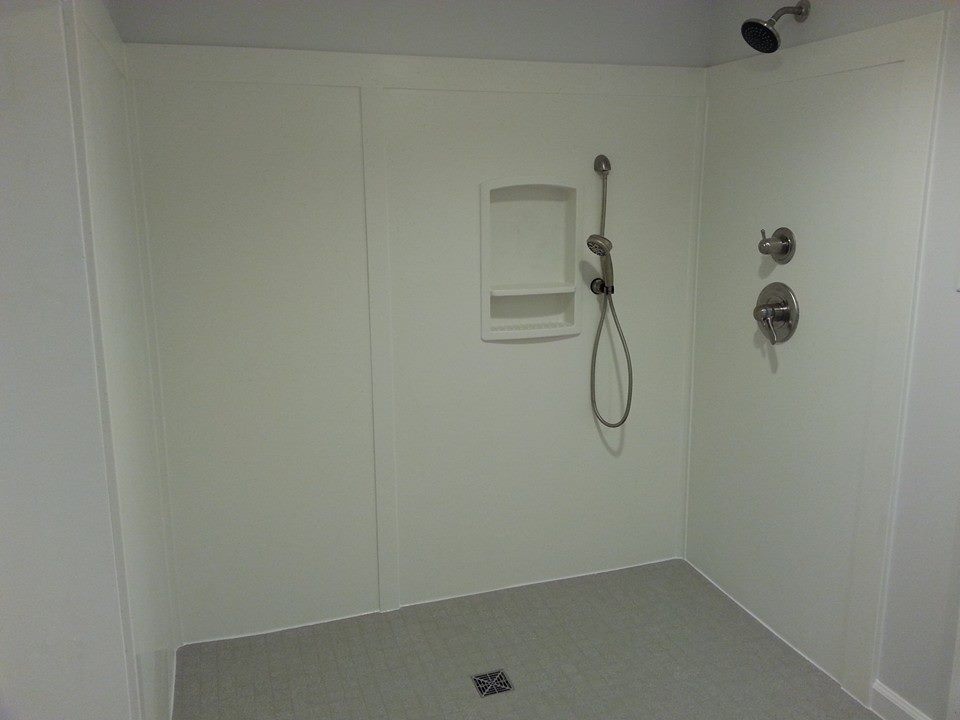 I had some horrible news that one of my client’s recently passed away and I ended up with a whirlwind of thoughts about that specific project… how it went and if I had to question my own self as a success or failure.  I know that I’m not a failure but to hear such bad news makes me take a step back because I go into every single job with an attitude that I am a catalyst of ultimate work that will last forever and make your life unstoppable, as well.  I guess if I didn’t think that way, I wouldn’t have had a successful business for the last 7 years so I will keep thinking that way.

At the tail end of summer in 2014 I was contacted by a woman who was in the process of helping her parents plan out a bathroom job.  Her father had dementia and some other health issues which left him confined to the first floor of the home.  His wife was there to obviously care for him but there was no way to transport him to the second floor for the bathroom facilities.  The did however have a small bathroom on the first floor but not enough space to safely wheel him in or even turn around for that matter.

After an initial meeting with the family we started planning from there and I dealt with the daughter.  This was a long distance relationship between Pennsylvania and Atlanta, Georgia which seems impossible.  She visited complementary showrooms like Daltile and other remodeling showrooms that had all the same products that I could purchase here, like Swanstone shower surrounds etc…  Once all the selections were completed, we moved to the contract phase and before you knew it we were tripling the size of the bathroom with a dual entry that could fit a nice Roll-In Shower and wall mount sink.

I’d have to say that it was one of the most stressful projects because after the first week… Hospice started coming to the home.  I actually freaked out because at this point, I didn’t know why they were there and that’s never really a good sign.  Turned out that they were doing biweekly visits to become acquainted with the home etc…  Our job was to transform this bathroom in a timely manner to get it back into working order so we worked around the clock – 7 days a week for 3 weeks.

Afterwards, I received many updates from the daughter on how well everything was working for them.  It was definitely rewarding to get these updates and know that my service was such a big help to them especially since when you’re in their shoes things like cost and time have to be recognized.

Two weeks ago I received a message that he died peacefully, at home, on Christmas Eve.  He was with family and comfortable.  This was a heartbreaking message to receive and I had to swallow my pride for a minute to realize that I can’t fix everything.  All that said, I was assured again how much of an impact I made in their lives in that the only other option they had was to be in a nursing home which is something they simply did not want.  For almost a year and a half he was able to be cared for in his own home and properly taken care of.  I will never argue or feel bad about that.