Schedule An Estimate
717-620-9420
Alone Eagle Remodeling Sepcializes In Craftsman Quality And Luxurious Bathroom Remodeling.
You are here: Home / Our Remodeling Blog / Cell Phones on the Job – Is your Contractor a Yapper?!?!

Bet you haven’t thought of this but what if you hired a contractor for your project (maybe he seemed qualified) and you come to notice that he is on the phone all day… Next thing you know, your kitchen or bathroom project is now over 8 weeks and still not complete.  How would you handle that? 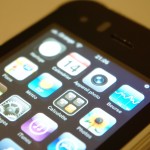 Should there be rules about cell phone usage?  Do you think it should be noted in the contract (oh, that would be hilarious…)?  I don’t exactly know the answers to those specific questions but maybe it’s worth asking while you’re having your interview/estimate, just to see what the reaction is.  I personally have never been asked this question but I have heard of various complaints on this topic so why not start things off with my thoughts, procedures etc…

It’s a cell smart phone nation now and unfortunately, folks are glued to them everywhere you turn.  Is that bad?  Well not to Verizon, T-Mobile, ATT&T and such but there are obvious benefits for a contractor to have such a device while on the job:

I think there is a fine line with cell phone usage though and it’s a pretty tricky balancing act on my part because when work starts, there’s no playing around.  In a day’s time, I’m capable of keeping a job flowing and there’s not much time to spend on a phone so I try to break things down so that I’m making better use of the day.

Taking progress photos does go on throughout a day.  It really only takes a few seconds here and there for a few quick snap shots.  It may be something for an inspector or a random hackalicious finding that’s worthy of posting on facebook.  Using my phone for photos is obviously something that’s always going to happen and really plays no part in a disturbance to work.

Updating Social Media is a random thing for me.  Sometimes I reply to a tweet or post a job photo to facebook.  Although Social Media is all about “engagement”, I press a hard limit to getting wrapped up in conversations.  Mainly, I would take a few minutes over lunch and throw out a few tweets.

A busy contractor will experience their phone ringing pretty much all day long.  For the most part, everything goes to voicemail and I pick up my messages at the next break when I know there’s a few minutes to sift through everything.  I may even wait until lunch time to return calls although sometimes an immediate call back is necessary, it’s still a nice gesture to keep conversations to the point.  There’s also plenty of times where I may have to contact a supplier for parts, place an order or relay other information.

There’s a difference between Technical Support and Spousal Support   🙄

Longer phone conversations while on a job are normally for technical support whether it be a colleague or a manufacturer rep that is aiding with troubleshooting an issue.  Sometimes these calls can go for a while – maybe it’s something that takes a lot of explanation or you have to sit on hold for a while… but these things do happen in remodeling because we all run into things that we’ve never come across (usually something that was hacked together in a previous remodel…).  There’s also factors in product instructions as well, like changes to directions or maybe a new product that I haven’t installed before so in these cases it’s nice to touch base with that specific company to confirm things or ask a few questions.

On the other hand, cell phone usage can turn for the worse with many workers like talking to their wife, girlfriend or friends all day… Big No-No here!  There is obviously emergencies that come to the forefront but casual talking is really not acceptable (I mean, come on… just save the lovey-dovey talk for when you’re at home).  Fortunately for me, I’m installing tiles, painting, fixing pipes or doing something that’s just too messy to be side tracked by a phone call so my wife doesn’t bother.

Choosing a contractor has so many variables.  It’s not only about price or whatever type of review you’ve read.  Obviously phone habits are something that go unforeseen but the fact that your project is taking longer because of this doesn’t.  It’s one thing if estimated times run over because of legitimate circumstances, however, misuse of phone time should not be one of them.